How Google became the king of online marketplaces

Online Shopping – The best thing since the discovery of sliced bread. Its convenience, simplicity, and extensibility make Shopping in-person look like a day job. Who likes standing in long queues anyway? More so, after a stressful day at the office. It would be an understatement to say online shopping hasn’t revolutionized the way we shop.

With platforms like Google Shopping & Shopping Actions launched, online shopping moved to a whole other level. Instead of visiting individual brand stores scattered all over the internet, Shopping Comparison platforms act as central shopping curation platforms and increase the variety of products available, not to mention making features like competitive price comparisons possible.

Amongst these numerous benefits of Google Shopping, Convenience is the one that stands out the most.

As a regular online shopper, you must have tried comparing prices between several e-commerce sites and discovered the difficulty of keeping track.

Switching between tabs on your browser to eCommerce sites like Amazon, eBay, Etsy, etc. is a tiring task for shoppers. And that, my friends, is the reason Google Shopping came to stay.

Google Shopping is not an online marketplace in itself, even though it appears that way from its interface. It merely enables shoppers to browse through various products from different retailers based on their search query.

So, for retailers who want to make headway in their e-commerce business, Google shopping is crucial. Ignoring it means losing out on thousands, if not millions, of potential customers.

In this article, we will briefly go through the history of the Google shopping Platform. The idea and business model and other critical facts you might want to know when it was created.

Created by Craig Nevill-Manning in 2002, Google shopping (Then known as Froogle) started as a Price comparison platform where customers could browse for products curated from different online stores with advanced features that allowed sorting easier.

With many users using google search for product research (pricing, reviews, etc.) and ultimately making purchase decisions based on the result, Froogle aimed to optimize and streamline the format at which eCommerce products were presented to searchers Buyer intent.

With the main attraction being its Price comparison feature, which allowed customers to find the best deals on products, Froogle was a popular and successful google product.

The fact that listing products on Froogle were free also encouraged retailers to use the platform. I mean, who wouldn’t want free exposure to their eCommerce products? and more so from a tech giant like Google.

If there’s one thing about Commerce that’s not consistent, it’s pricing for products. Many factors can determine the final retail price of a product, and with several eCommerce stores selling the same product, there’s no way of knowing if you’re getting the best or cheapest price for a product.

That’s where Comparison Shopping platforms like Froogle came in back then; by curating products from top eCommerce stores, you could confidently purchase a product from a specific vendor and know it was the best available option.

You can also refer to Froogle as a Price Comparison Search engine, essentially a Google Search but specifically for products bringing up the best offers on the internet.

in 2007, with Froogle showing much promise, Google decided to rename the platform to Google Product Searches, which later became Goggle products for short.

The whole platform worked the same way despite the name change; one of the speculations behind why Google might have decided to screw the old name (Froogle) for Google Products was its adoption worldwide (internalization).

Froogle, a pun on the word Frugal, was also changed due to its trademark infringement lawsuit concerns against competing website, Froogles.

The significant change that came with Google Products was its integration with Google Search, Which implies that apart from being an independent platform, product listing appeared alongside search results for qualifying search queries with detected buyer intent.

The Product listing included attributes like prices, color, name of products, brand, and, most importantly, a link to the Vendor website (which could be a brand store URL or Marketplace) as CTA (Call to action).

At this point, listing on the platform was still free, which further boosted its user base. With the new integration with Google, vendors sales skyrocketed, which probably had Google trying to figure out a way to monetize the entire product listing process. More users, more green.

What did I say about Google wanting to monetize their product? In 2012, after five years of allowing free listing on the platform, Google decided to rename their CSE (Comparison Search Engine) once more into Google Shopping.

The significant difference between Google Shopping and Google product (The last name) was the change in listing cost. Google understood that many retailers/vendors depended on their platform for driving sales to their eCommerce business, so they decided to start charging for each listing.

The goal of this new version’s plan was to streamline and act as an all-encompassing platform for price comparison, product research, and purchase.

In 2013, Google announced the transition from the old Google Shopping to Google Express, an evolved version of the platform that supported the purchase of products from different vendor websites & marketplaces right from the Google Express platform.

Yup, there was no need to visit these individual listing websites anymore, google handled everything in their platform from collecting payments to delivering the products themselves.

Google Express never really took off as google had anticipated; it was mostly used for shopping groceries at the time.

With product cost skyrocketing on the platform (Due to the new selling process), Google noticed a decline and decided to rebrand the entire service once again.

With google express not performing as expected, Google decided to roll back the switch and rebrand the old Google Shopping integrating Google Express as a feature.

Instead of handling the selling and delivery process for every product listed, it became optional for retailers.

What is Google Shopping Actions?

Google Shopping Action allowed retailers to promote their products across all platforms associated with Google.

In a way, Google Shopping action is like Google Ads but explicitly made for eCommerce products.

Some of the significant features of this new version of Google Shopping were the Universal Cart, instant one-step checkout (Google Express), Google Shopping List Access, and Shopping while surfing the net.

Google Shopping has come a long way, from a simple price comparison platform back in 2002 to a full-grown Marketing platform no Ecommerce Business in these modern times can do without.

What is Google Shopping?

Google Shopping is a Google service that allows customers to search for, compare, and shop for physical products across various retailers that have paid Google to advertise their products.

This is otherwise called Comparison Shopping Engine (CSE). Google Shopping brings up a list of thumbnail images whereby you can view a retailer’s product alongside the price.

Craig Nevill-Manning created Google Shopping, It was officially launched in 2002, and at the time, it was known as Froogle with many it lacking many of the functionalities it has now.

How Does Google Shopping make Money?

When Google decided to rebrand its Google Shopping service in My 31, 2012, it announced that it would adopt a paid submission system, whereby merchants would have to pay Google to have their products listed on the service.

Google also announced that the results that eventually turned up for every user search would be influenced by the level of relevancy and the amounts subscribed to the service.

Google said that its rebranded service would bring out quality answers to users’ queries as they search for the best products to fit their needs.

Why Do People Hate the Google Shopping Platform

Not everyone welcomed the new changes announced by Google for its shopping service.

The rebranded service received a lot of backlash from companies and users.

This included the small-time merchants who were afraid that the bigger and more established companies would buy them out of visibility as they could afford to pay enormous amounts for advertising.

Microsoft was not left out of this criticism of Google’s new move.

It urged merchants to use its Bing Shopping service instead.

When Did Google Shopping Stop being free?

In 2012, the service was upgraded to a paid advertising system whereby retailers had to pay to be featured in Google Shopping results. This monetization brought about the needed revenue for the service.

This upgrade to Google Product Search is integrated within Google search. This means that listings from the service could now appear with web search results.

What Is The Difference Between Google Ads & Google Shopping?

A key difference between Google Ads and Google Shopping is that while Google ads only bring results based on keywords, Google Shopping brings up product data uploaded by the merchants themselves.

What is the Google Merchant Center?

Google Merchant center is a separate platform Google created to be able to upload their product inventories.

This single platform is connected to other Google Ad-based products like Google Shopping, Google Product Ads, Google Assistant, or Google Search. These products can access the feeds on GMC to surface the retailer’s products.

This article has gone through briefly the entire history of Google shopping, How it came to be, and the most notable changes it went through since its launch.

It is a break from the norm of heavy-text online shopping experience. It can be termed the digital mall and walkthrough, whereby users are treated to a wide variety of quality pictures of different brands of your favorite products.

So, if your physical products are not listed on Google Shopping, it’s high time you considered doing so.

It will help your brand and business stay at the top of customers’ preferences and wishlists.

It would also enable you to boost your store’s traffic, thereby increasing your leads and sales, sales you must not have otherwise gotten from the regular visit to your stores.

An increasing number of retailers are moving their marketing and advert campaigns from regular searches to Shopping Ads.

In research done by Merkle, it said that Ad-Spend increased for Google and decreased for Search Ads.

We hope you’ve found this article useful; if you have any questions, please do not hesitate to ask via the comment section below.

Add this site to your favorites 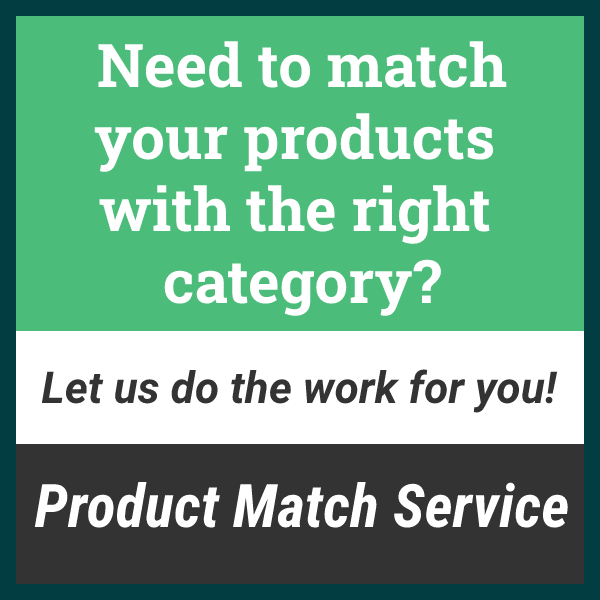